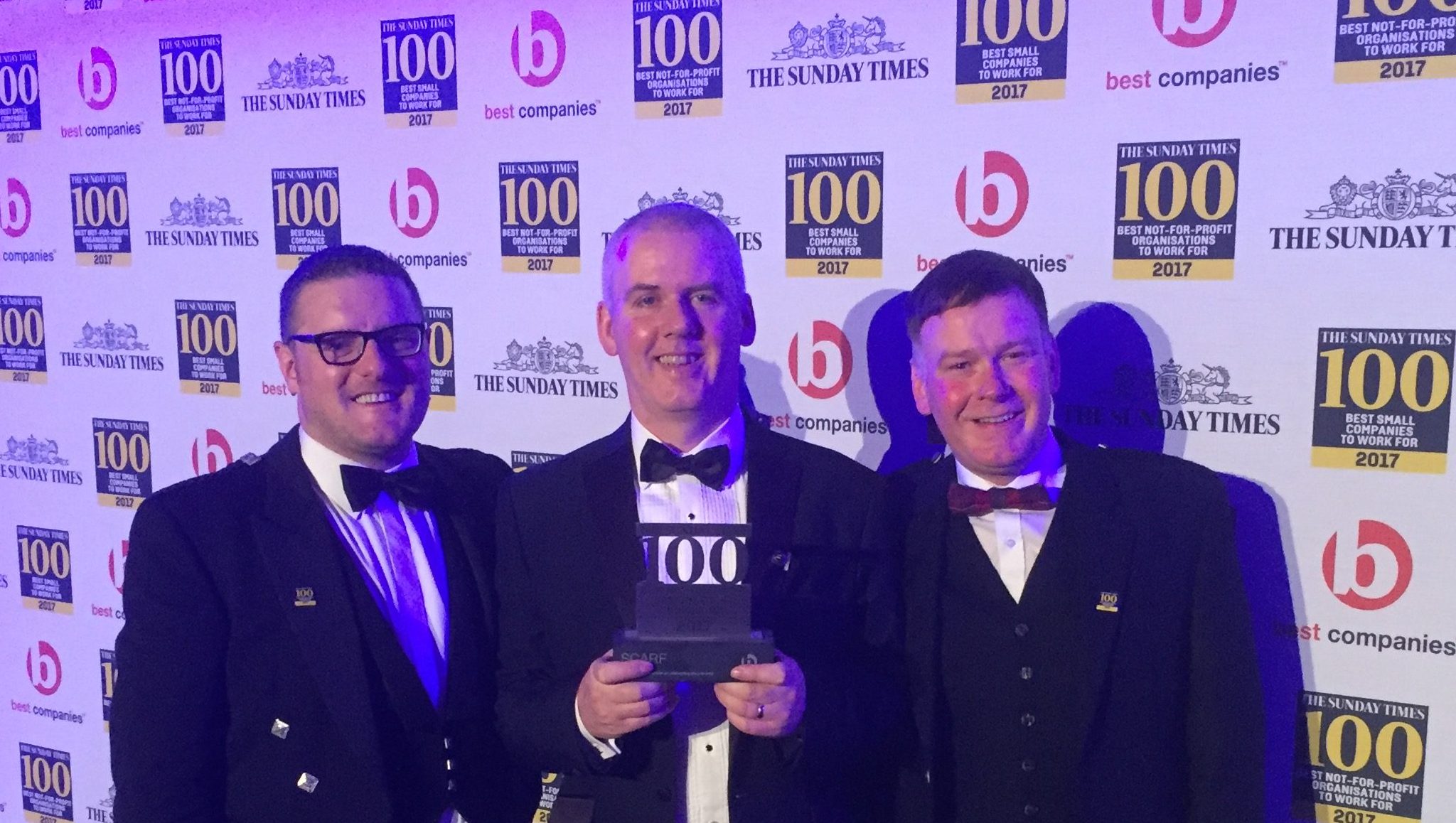 Scarf is celebrating a place in the Sunday Times ‘Best Not-For-Profit Organisations to Work For’ list for the fourth consecutive year.

We sit in 56th place as the only representative of the North East and the only company listed as a social enterprise.

Thane Lawrie, Chief Executive, said: “We have created a positive culture at Scarf to offer our staff the best working conditions possible. A placing in the Top 100 list once again emphasises that dedication and that it is embraced across the company.

“The List is based on employee feedback which makes the results particularly valuable. The collective effort of everyone in the business is being rewarded as we give our staff every chance to help shape our future and make Scarf a great place to be.”

Thane was joined at the awards ceremony in London by two members of staff, Mark McGinlay and Chris Stewart who were elected by their colleagues based on their outstanding individual achievements in 2016.

The award is based on the response of Scarf employees to a confidential questionnaire on eight areas including how good the organisation’s leadership is, what they think of the organisation, opportunities for personal growth, relationships, pay and benefits and general wellbeing.

2016 marked a busy year for Scarf, as we underwent a rebrand and launched a brand new business energy switching service – Scarf Commercial Energy.

Scarf also won the award for Commitment to People Development at the Northern Star 2016 Business Awards.